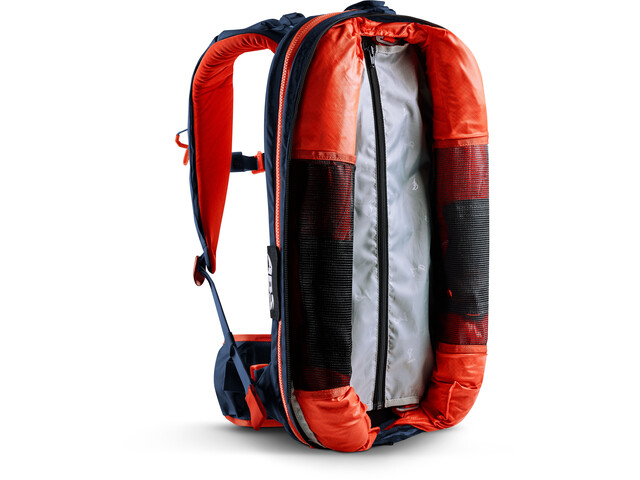 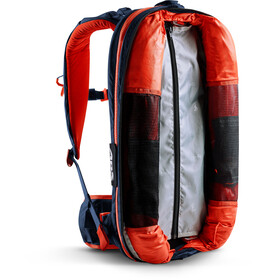 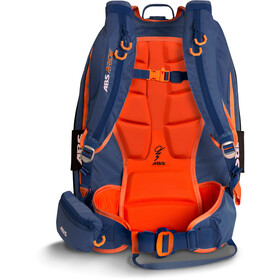 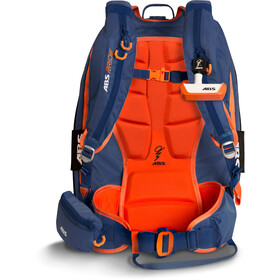 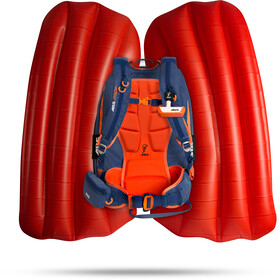 ABS P.Ride is the only avalanche airbag that can actively prevent both a person's own burial and the burial of comrades. Current studies show that 20 % of the airbags were not deployed and that the deployment therefore represents a considerable weak point for the function of the avalanche airbags. Human failure was identified as the main cause. ABS P.Ride, the only avalanche airbag with standard, two-way partner release by radio, closes this functional gap. A function that can decide about your life or that of your partners.

The release is essential - standard partner release
With the partner release, P.Ride heralds a new era in self- and companion rescue. The standard radio connection to the partners makes it possible for the first time to actively protect partners before they are buried. When the release handle is opened at the same time, the partners synchronise themselves automatically. Partner triggering is active - without complicated programming. In group mode, the backpack wearer can simultaneously trigger his own airbags and those of all other group members. If a slope is driven on individually, one or more winter sports enthusiasts can temporarily switch to the single driver mode. In a critical situation, it is thus possible to trigger individual airbags remotely.

30 % more surface area at the top
In an avalanche, not only the volume, but above all the surface area is decisive in order to stay on the surface. With a new 3D weaving technique, ABS has succeeded in designing the airbags in such a way that they have 30% more effective area than the ABS predecessor models and thus form an even larger contact area with the body. Compared to other avalanche airbag systems, ABS P.Ride offers up to twice the effective area. This significantly increases the probability of remaining on the surface.

Automatic system control for full operational readiness
After activation, the system automatically performs a permanent function check. Among other things, the system provides information about the battery status and reports, for example, whether the inserted cartridge is empty. Handling errors can thus be significantly reduced.